Can we talk about culture shock now? 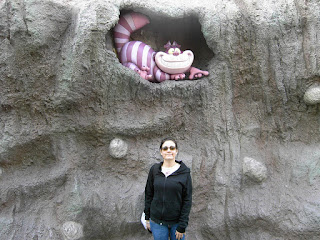 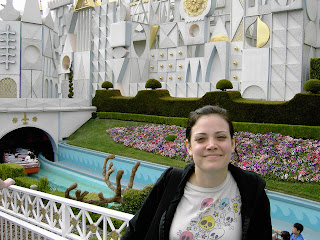 You can’t really avoid the discombobulation (definition: to throw into a state of confusion) of moving to a new city, a new state, a whole new culture. Los Angeles is very different from Seattle, as you might imagine. I’ve gone from rain to sunshine, passive-aggressive to just plain aggressive, Seattle Metro to the 405, serial killers to freeway shootings, boots to strappy sandals, Timbuk 2 to Coach, batcavers to valley vampires, Hype to The Big Lebowski.
People have been friendly (except on the freeway), and are generally more outgoing than in Seattle. Most people moved here from somewhere else, and are full of advice for how to deal with L.A. life and warnings for how it hardens you. People don't smile at each other as much. I'm not used to that, and give pretty much everyone I come into contact with a big smile. I get some weird looks. You can’t talk about L.A. without mentioning the traffic. It takes me an hour and fifteen minutes to drive to work from the valley, and another hour and fifteen to drive back. In distance, that's about 25 miles, but as a fellow transplant from someplace else told me, it's not about distance, it's about freeways. You know it's bad when you think, "traffic is really moving!" when you can sustain 25 miles an hour for 5 minutes straight, and you're ecstatic when you reach 35 miles an hour. A couple weeks ago, I went to Disneyland with my cousin, and it took 5 freeways to get there. Five!
On the other hand, I'm less than an hour away from Disneyland, and it's so warm. It hasn’t rained the whole time I’ve been here. I’m someplace new! It's exciting. It's like travelling- new neighborhoods to explore, looking for places to eat and things to do, getting lost, tripping out on the local news, stuff like that. It's also like travelling in that I've been living out of a suitcase for 2 months. It’s hard not having my own place, but I’m holding out for something I’m going to be happy with for the next year at least. My salary is higher here, but my taxes went up (no state income tax in Washington) so my take home is the same. It’s more expensive here, but I can afford something decent. I just have to find it.

I’m staying in the valley, i.e. the largest suburbs in the U.S. I like the valley. The valley is, like, so uncool compared to L.A., but it’s hot, there are lots of bowling alleys, you can go to the mall and make fun of valley girls, and my boyfriend is here. We have fun. He keeps me sane. Moving has been stressful, but not nearly as bad as it could have been. I love my job, and I couldn’t have picked better people to work with. My boss is great. I’m on a team of 3 people that’s part of a team of about 20. I love working with a group of people that I enjoy spending time with. We had a social thing at Disneyland a couple Fridays ago, and about 10 of us rode the rides and stayed through the fireworks. We had a blast.

Most of all, I love my boyfriend. He’s been here for me, and the downs don’t feel so bad. I do get down. I get overwhelmed; I miss my friends in Seattle, very intensely at times, and I get upset dealing with all the change. I’m upset today- it’s the 10 year anniversary of the last time I saw my brother alive. Anniversaries are weird- they sneak up on me a lot. I had a couple nightmares in the last few weeks and woke up crying. I miss him a lot when there’s a lot going on in my life. I wish I could talk to him about everything. He was a good friend, and knew me really well. The 10 year anniversary of his death is coming up, the end of August. It makes all the difference, though, dealing with the low points, to have someone I can talk to who is so supportive and good to me. I feel really grateful, lucky, and blessed.

Anyway, I have a lot going for me here- a boyfriend I’m crazy about, my cousin and his fantastic wife and family, kick-ass girlfriends, cool co-workers, Korean spas, fashion, heat, art and music and other writers, palm trees, novelty, and fun. I’m happy, which counts for a lot.
Posted by Tealrat at 1:20 PM

You are so cute!

Having a boyfriend you in love with is a great feeling, isn't it?

You seem very happy in your life. You have done one hell of a job getting yourself through everything you've ever experienced.

I look forward to more posts from you.

Awww, I'm glad you're doing so well. I miss you.

Thank you, sweeties! I miss you, too, Juliana. You should move down here :)

Hey Lady, that's a good post. It really made me miss you though. Things here are crazy so I can't plan a trip any time soon but sometime....yeah, I'll get down there sometime.

Great to here that everything is working out so well for you. Enjoy the heat.