Good news! My co-ed team, the Dirty Martinis, won the championship! The other team in the final, the Grinders, are actually very cool and were not shout-y and mean like the one in the playoffs. The game was just as tight though. It was 0-0 for a while, then 1-0, 1-1, overtime, and after no one scored in the 15 minutes OT we went to a shoot-out. Two of our guys scored, and only one of theirs, so we won! It was very exciting. That was the first time one of my seasonal teams won the championship. My one other winning experience was last January when my tournament team, the Hot Flashes, won our division. It is a very satisfying feeling, especially since my soccer team in high school never even won a game. I am used to being on underdog teams. VERY underdog teams. I'm all about the underdogs.

My co-ed team is great- we are about 50-50 male and female, so truly co-ed. The guys pass to the women and much of our defense are women, so it's not like one of those teams where they don't trust or include the women. We party before, (sometimes during) and after the game, so it's a lot of fun. We definitely cheer like crazy for each other, stick up for each other on the ice (sometime too much!), and enjoy each other's company. It's the kind of team you want to be a part of. (I would also say my Lady Kings team is like that too. Great women who appreciate each other and are super-supportive. Of course, 5-6 of us are on both teams.) The Dirty Martinis is also where I got my latest hockey nickname- Monkey. Monkey seems like a pretty popular hockey nickname, but it's the first one to really stick with me. I love it when I can hear my teammates yell "Go monkey!" when I'm on the ice. It's inspiring. I've had a handful of nicknames before- Garbage Girl (for picking up rebounds), Dirt (for picking up ice scum on my hockey socks sliding around), Ketchup (because I'm # 57), and Flypaper (covering the point). I think I got Monkey because when I'm on the bench I get excited and say, "Ooo ooo ooo ooo OOO!" I also kind of flail my arms around when I skate, and act silly. Monkey is a great nickname because it gives you license to act goofy and make funny noises and not care what you look like when you throw yourself around on the ice. I really do give it all I've got when I'm out there, and it's not exactly my most graceful moments that are the most effective.

It's lunchtime at work right now, and the reason I'm writing is that I'm having a panic attack. I don't know if it's work, or something health related, or personal, or what. I am very busy at work, so that could be a factor. Last Wednesday, I think, I was feeling really sad about my brother without really knowing why. We talked about awareness and meditating in therapy on Tuesday. Wednesday I went to a Kings game so that's why I didn't finish blogging. My boyfriend had to work so we had a girls night. It was a lot of fun. It just feels like a strange week for some reason. It may become more clear this weekend why I'm feeling odd. Right now I'm just trying to breathe and calm down so I can get through the day.
Posted by Tealrat at 12:09 PM 1 comment: 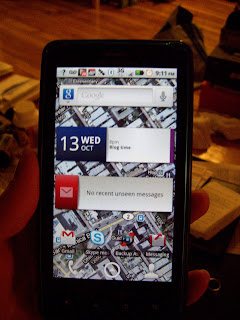 First, the exciting stuff. My Lakewood team, the Dirty Martinis, beat the first place team Trainwreck in the playoffs and we're going to the final this Saturday! We played a tight game. There was a lot of jabbering and retaliatory penalties though. It was making me a little nervous because the yelling really bothers me more than anything. Verbal intimidation can give me flashbacks. With four minutes left, Will on our team told everyone to shut up and stop letting them draw us into fights. We were tied at the time, but I think calming down and focusing on winning rather than the rivalry helped us go strong into the overtime and win. The other team was definitely not expecting us to eliminate them, and they were pissed. Even though there was some loudmouths on that team, their goalie seemed cool and a couple of people on their team were trying to break up fights. We play the Grinders in the final. I can hardly wait. My Blue Lady Kings team has our third game of the new season this Friday. As if that wasn't enough hockey goodness, the NHL season started last week, and we're going to the Canucks-Kings game on Friday as well. The Kings beat the Canucks at their home season opener, Kings beat the Atlanta Thrashers at their home season opener, and right now I'm watching the Canucks at the Anaheim Ducks for the Ducks home season opener. It's currently tied. Long live hockey!

Also exciting news- I got my first smart phone. It is a Droid X, and he is quite the electronic goofball. I'll be working or sitting on the couch and he'll announce in his deep robot voice, "DROID". I guess that just means I got a message or something, but it sounds like he just wants to remind me of his presence. I like to give electronics and other devices names- my car is Penelope, my GPS is Gina, and my iPod is James. I originally named my Droid Smurfly, because I put a blue cover on him. I've been calling him Big Smurf, though, because of his deep voice. I also call him Superfly.

Ducks just tied it up. Oh wow, Ducks scored again. Bobby Ryan. I like him.

Okay, boring. I want a boring life. I'm so burned out on drama and struggle and chaos. I want things to be simple and orderly and clean. But I'm also afraid of that. I'm afraid that if I get everything the way I want it, some outside force will come make a mess of it. I'm afraid of getting too comfortable with stability, and then having it taken away from me and the grief that would cause me. I'm afraid of screwing things up myself. I felt for many years that I was cursed to have bad things happen to me, and it's hard to accept that maybe things are different now. I have these apocalyptic fantasies that we'll end up in a Terminator/Mad Max/Resident Evil type world, and I'll be forced back to a life of being hunted and fear. My apartment, and my office, continues to reflect my internal conflict. I want order and simplicity, but I'm more used to chaos and disorder. I'm afraid I'll lose my ability to deal with adversity, and get soft. I'm afraid I'll get too attached to comfort and predictability, and be devastated when it's taken away from me. I'm afraid of getting caught by surprise. I'm really afraid of that.

I talked to my therapist today, and she says I'll have to consciously challenge that part of me that reverts to chaos, that feels that order is pointless because someone will just come in and destroy it. The part of me that figures it's better for me to live in a messy apartment because if I'm not containing the chaos in my apartment it will come at me from a place unknown and beyond my control. My first concrete step is to spend 30 minutes a day cleaning my apartment. And generally, my goal is to be boring. Live a boring life. Let myself get used to a life without craziness. Accept comfort in my life without guilt or panic.
Posted by Tealrat at 9:22 PM 1 comment: