Normal is the watchword 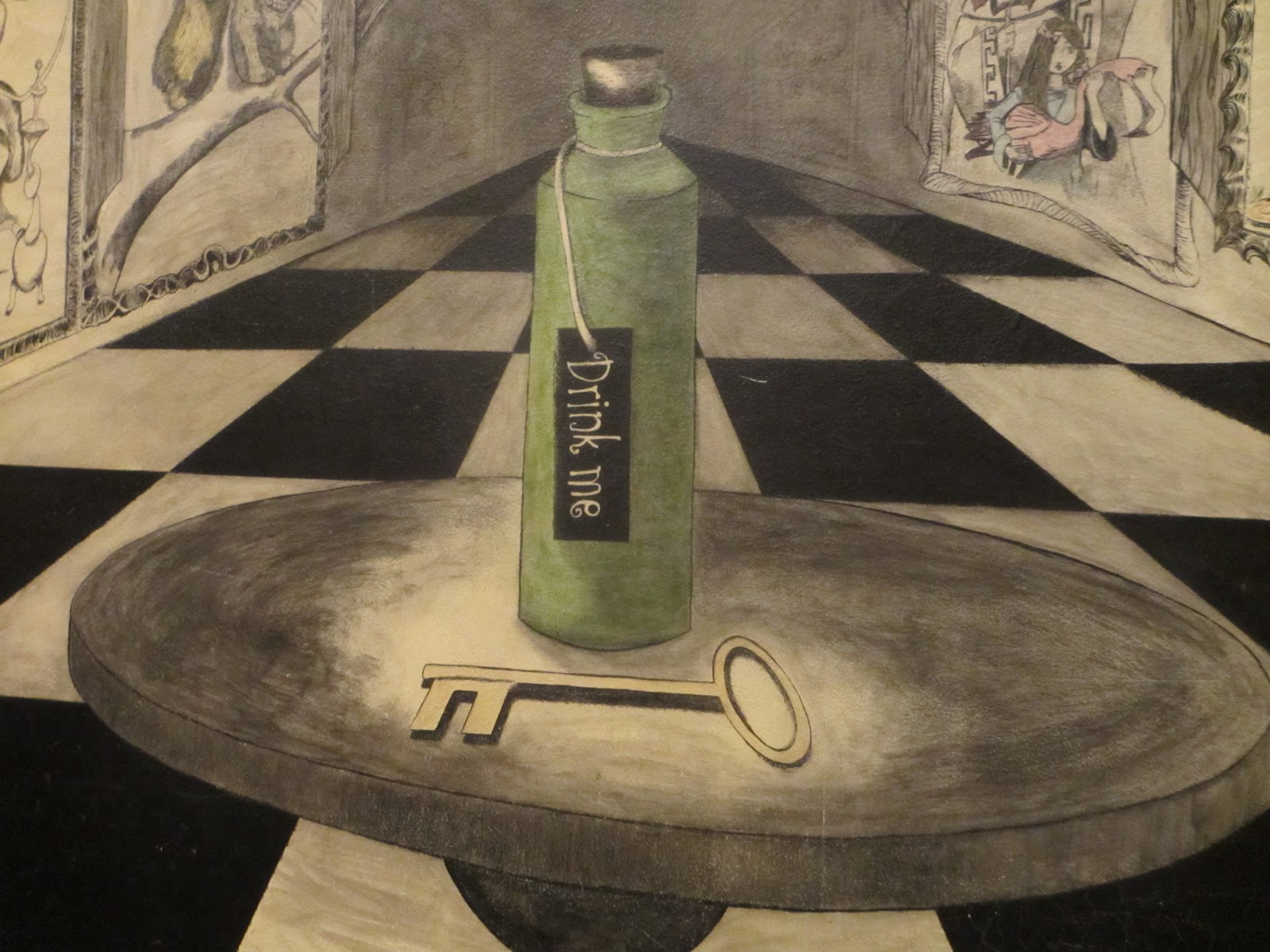 Hidy ho, readerenos. If you've ever experienced a serious depression, you'll understand why I haven't been writing. I have a hard time returning emails, phone calls, texts (so many more ways feel guilty about being a flake), even leaving the apartment. When I do need to leave for something, I drag my feet leaving and get there late. Almost everywhere I go, I need to leave an hour and half beforehand to avoid being late thanks to fabulous L.A. traffic, and even when I'm ready to go I seem to forget what I'm doing and get distracted, or I just don't get ready to leave until the time I should be leaving. Even in the presence of other people, I sometimes feel hands wrapped around my throat and I can barely speak.

A depression like this can feel like it takes on a life of its own. It's a nasty little gremlin wearing steel-toed boots that kicks you in the chest and stomach, and then when you double over it's kicking you in the head. It hangs on you, pinching and kicking and stabbing you with it's sharp nails. It's not like you can just walk away from it; it won't let you. The things that make me feel better, like being around friends, getting out of the apartment, writing, and exercising, are the hardest things to get myself to do. I don't have the energy and a lot of fear is surrounding me. Like the depression, the fear has taken on a life of its own. Actually, it's from another time in my own life. I wanted the time to process the horrors in my past, and I got my wish. Those feelings of terror are no longer shoved down in my subconscious. They are swirling around me like a fog. The trick is to let them dissipate instead of shoving them back down. I need to accept those feelings as real, even though they don't match my life now. I know that my current reality is not that scary. There's enough hostility and conflict in my life to make my distrust of other people seem warranted and necessary. Such is the life of a lightning rod. The big difference is that I'm an adult now with options that I didn't have as a kid. I'm not trapped and helpless like I was then.

As soon as I started to feel like I was pulling away from the depression, I had a huge breakthrough. Or breakthrough crisis, to use the ASCA terminology. I go to ASCA (Adult Survivors of Child Abuse) every Thursday night. I think it's important to go every week because it keeps me from avoiding the work of processing my trauma. At least once a week I am opening myself up to remembering and re-experiencing the parts of my life that were too chaotic and painful to feel at the time. When a part of my life opens up to me, it is a confusing mix of emotions. It was something that I kept in the corners of my mind, with little hints in my memory to keep it from sinking into oblivion. It doesn't creep into my consciousness though. It slams into my mind with such force I wonder how I could have ignored it for so long. Such was the remaining void in my life- my time on the streets. It is so obviously a huge source of unprocessed trauma in my life. Living on the streets was an unmitigated horror.

My friends were other kids from abusive homes. Most of the girls had been sexually abused, and the ones that grew up in Seattle were mostly from abusive and alcoholic families. They left home when their alcoholic and violent parent was on a bender, and sometimes returned when the parent had hit bottom and were remorseful.  Then the cycle would start again. Heroin was everywhere at the time, and friends overdosed. Some died. Some disappeared and I never found out what happened to them. People started using and they were no longer the same person. Shooting up heroin is like committing suicide but staying in your body while it rots. I could hear heroin in peoples' voices and see it in the way they walked, and I knew my friend was no longer in control of that body and that mind. I saw so many track marks and so many abscesses they seemed normal. The first abscess I saw was eight inches long. It tore a girl's bicep open like something had clawed its way out of her, and I almost threw up. I knew women who's dealer/boyfriend/husband pimped them out to fund both of their habits. I got my first tattoo from a very talented artist and junkie, and realized later he had pored ink with his blood in it back in the bottle he used for my tattoo, and I spent the next 12 years terrified that I would become HIV positive. (I've gotten tested annually since then and 20 years out I finally don't dread them anymore.) I kept the needle out of my arm, but the death and despair I saw never left me. It was a terrifying life of drugs and vomit and blood, skinheads and frat boys who attacked us for sport, corrupt cops that took a cut of the illegal drug sales and treated the street kids as badly as our parents did, and sickening adults who preyed on the desperation of children thrown out by their families, their schools, and society as a whole. We were human garbage. Yet, it was preferable to living with our families. Think about that.

I didn't see a future for myself after foster care kicked me out when I turned 18 and had to drop out of high school. My friends went to college and I went to the live on the Ave in Seattle. I was angry, scared, abandoned, crushed, resentful, defiant, ashamed, aching, numb, frozen, raw, and hurting. Hurting all the time. I stopped thinking about how much I wanted to die because I thought I'd be dying soon anyway. But I held on to a tiny piece of hope and a stubborn refusal to give up on myself, and I figured a way out. I found help, a lot of help, but I still had to give it everything I had to drag myself out. I feel grateful, but just as angry that I was in that position in the first place and angry that it was so hard and that every one of us deserved a lot more than we were given. This whole time I've felt survivor's guilt for leaving friends behind that deserved a chance too. And before I even made it through college, my brother committed suicide and I had to work doubly, triply hard to push through the grief and loss and get someplace safe. I had to get as far away as I could, but I guess now I'm removed enough and safe enough to let that part of my life back into my history. I feel relieved to replace that void in my life with the memories of a time in my life that has been very influential on me ever since. It shaped who I am today in a lot of ways. But I saw horrible things that make me sob and shake all over when I try to talk about them. I felt horrible things. I saw the extremes of human depravity and selflessness. It was it's own education, and I wasn't just slumming it. It wasn't like spending a year living amongst the poor people to learn their ways. I lived it. I survived it.

Having those memories back, not just of things that happen but how it felt to be there, my survival wrapped up with the people I've related to the most but felt the worst with, the life that was both the most real and the most precarious, my body wasting away (from lack of food, not drugs) but prickling and raw, actually makes me feel more substantial than I've ever felt. I've stopped feeling derailed. When all the pieces float up to the surface, they fit together. I fit together. I am exactly who I am, at this moment, where I should be. That is a good feeling, despite all the horror and sadness. It is whole.
Posted by Tealrat at 6:55 AM

I've been following your blog for a very long time and it's been a life line and provided much needed comfort and inspiration.

After reading about how your idiot jackass co-workers treated you I was so angry I was shaking and sick to my stomach. Ignorant assholes.

I think about you often and send prayers and positive vibes for your protection and healing.

Hi Opal, thank you for your nice comment and solidarity. Sorry I have been MIA. I started associating my blog with being bullied at work and it didn't feel like a safe place anymore, but I'm ready to take that back. If you are on Facebook, I have a group called "Lightning Rod Woman- blog". It is closed but you just need to request to join and I'll add you. I hope you are doing well! ~Kristina