She Who Has Had Enough of This Crap 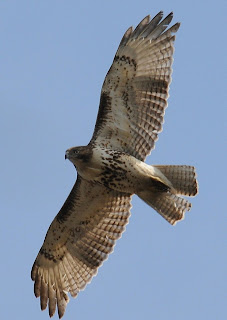 I'm annoyed because I've been trying to get to a screen where I can actually write for the last 40 minutes instead of screwing around with websites and browsers and internet connections. Such is the pain in the ass world of writing online instead of by pen and paper, or even typewriter (unless you have an electric typewriter that craps out on you). I have my cute little netbook with me, that unfortunately is full of ridiculousness from Best Buy. I will never buy a computer from Best Buy again. I used to be fairly self-sufficient with a computer. I could do my own troubleshooting, clean up my drives, clear my browser, install my own memory, all that good stuff. Now I can't even remove the worthless garbage Best Buy molests my computer with before I even buy it without crashing the system. I tried to download the Firefox browser today so I wasn't stuck with Microsoft "an IT person would never use because you can fly a Dreamliner through it's security holes" Explorer, but Firefox dumped a bunch of spyware on my computer without actually installing the browser, and now I can't get rid of that crap either. Computers have gone from freedom to bondage, from moving us forward to getting us good and stuck in the mud. I'm not even websurfing or Facebooking and I'm struggling to get anything done.

Today we found out the God of the Year is Heru-sa-Aset (Horus, son of Isis). My biggest interest in Heru-sa-Aset is his focus on JUSTICE. I like justice. I don't feel like I've had a lot of it in the last year. Not only is a lack of justice a big concern for my personal/professional life, but the news of the world is a big part of my world. With Bradley Manning, Trayvon Martin, Bob Filner, Wendy Davis, Huma Abedin, all the nameless faceless rape victims, fast food workers, Moral Monday filling my head from just the last 3 days alone, justice is what I don't see. Last year, our God of the Year was Nut, who was about balance and self-sacrifice. I don't think I was the only one who had a rough year. Nut does not have it easy. She is the sky, and she balances there apart from her brother and consort Geb, the earth. For me, her year was about dealing with weaknesses in my foundation. It was important work, but painful, and Nut holding herself up off the earth is necessary, but painful. Ever try to hold the same position for longer than a few seconds? It's rough, especially if your spine is all out of alignment. My metaphorical spine has been out of alignment all year.

We did some heka today. Heka is magic, but not just magic. Magic sounds like a ritual, but heka is intention. Heka is what you do, what you say, what you think. It is the results of what you put out in the world through your words, your deeds, and the thoughts you manifest in yourself. The heka we did was to bind the negatives in our lives so they won't hold us back in the next year. We bound things like blocks to our creativity, force used against us, and difficulties in relationships. I had an epiphany while we did the heka. One of the reasons Ancient Egyptian religion works for me is that it don't try to sugar coat the difficult stuff. Difficult stuff is a huge part of life, and a religion that goes silent when it comes to grief, anger, injustice, and pain is not a religion that works for me. I can't abide by people telling me to get over my anger and let go of my grief, especially while the causes of my anger and grief continue uncontested. For me, it is not healthy to accept injustice and move on. It is not proper to praise a bird in a cage while a free bird lies dying in front of you. But it is a heavy burden to feel the pain of everything around you. It is not so heavy I'm willing to drop it so I can lie to myself about who I am and who people around me are, and lead a make-belief life. Fighting back against corruption and lies is worth suffering for because I chose to fight back. But I don't need to let the fighting happen within myself. I can push it out into the world where it belongs. I imagined trapping the bad feelings within myself in the heka object. This heka is meant to rile the gods up so they will help you fight and bind these bad things. The gods get angry. We got angry. This is bad stuff and we want to be good and angry when we fight it. Anger can be appropriate. It can be motivating. It can drive you to change things that are unjust.

Then there is grief. We may not want to think of the people we've lost and feel their absence, but the alternative is to go numb to your feelings and forget about who we love, and forget about that part of ourselves. So we remember, and cry, and keep them in our hearts. Just like we open our eyes to injustice, get angry, and we change the world. We are angry and we don't forget.
Posted by Tealrat at 10:40 PM