My life has fallen to pieces. Somebody put me together. 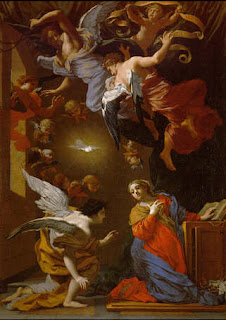 I may be dead. We had a health screening at work a couple months ago, and the woman who took my blood pressure said there must be something wrong, that it couldn't be that low and to come back later in the day. It was 90 (systolic) 59 (diastolic). So later, we were in Target. They have a blood pressure machine. I got 93/64. Today we were there again and my results were 89/54. Hmm. I suppose if I were dead that would explain a lot. It would open up a lot of other questions though.

Sunday nights on VH1 they show reruns of "120 minutes" which is a circa 1980's and 90's MTV program where they play alternative-type videos. It makes me really happy to see videos I liked as a teenager, but totally sad too. I feel a strange mix of jealousy, anger, and admiration for myself back then. It was pre-the death the tore me apart, and I had no idea what was in store. I was so naive. Not that it wasn't hard back then. I still despise Aerosmith because the first weekend I was in foster care, it was "Aerosmith Weekend" on MTV. I do like one of their songs, though. When I was an Ave rat, i.e. I was a punk rocker hanging out on University Way in Seattle (everyone called it the Ave for some reason no one knew), I knew a lot of interesting people. One of them was Junior, a guy who rode his BMX bike around, listening to music and talking about wrestlers. He was almost always around, and he was one of the people I knew was watching my back. If he saw me with a guy, he would tell him to treat me right or he'd make him sorry. Even after I started college and dropped out of the scene, he still talked to me on the Ave. I moved to San Francisco, and almost 10 years later after I moved back and was living next to the Ave again, we walked by each other and he recognized me. He was the same Junior, riding his bike with headphones on, and I felt like I couldn't possibly be anything like the 20 year old I was when I met him. But obviously I was.

I was in grad school then, and when I went down to the Ave to get food and I ran into Junior, we'd catch up and talk. One time he told me he had a song that made him think of me and he thought I'd like. We sat on the curb and he gave me his headphones, and he played me "Dream On".

"Half my life is in books written pages.
Live and learn from fools and from sages.
You know it's true.
All the things come back to you ."

It's hard to believe this is the same band that did "Love in an Elevator". Just to be fair, I should note that I love Billy Idol's "White Wedding" because I have positive memories of watching that video on TV, and Billy Idol is definitely just as crass and offensive as Aerosmith ever was. It's funny, though, how music can remind you of who you are and where you came from, keep you sane when you feel alone, and comfort you when you're not where you want to be. It also seems like all things do come back to you. You can't escape who you are, but at the same time it's hard to put your finger on what it is that makes you who you are, and what that means for who you'll be in 10 years. When something you hear or see speaks to you, it's like your subconscious giving you a little clue.

From Bill Moyers interview with Joseph Campbell, "The Power of Myth" (1988) -

Joseph Campbell: "Schopenhauer, in his splendid essay called "On an Apparent Intention in the Fate of the Individual," points out that when you reach an advanced age and look back over your lifetime, it can seem to have had a consistent order and plan, as though composed by some novelist. Events that when they occurred had seemed accidental and of little moment turn out to have been indispensable factors in the composition of a consistent plot. So who composed that plot? Schopenhauer suggests that just as your dreams are composed by an aspect of yourself of which your consciousness is unaware, so, too, your whole life is composed by the will within you. And just as people whom you will have met apparently by mere chance became leading agents in the structuring of your life, so, too, will you have served unknowingly as an agent, giving meaning to the lives of others, The whole thing gears together like one big symphony, with everything unconsciously structuring everything else."

Sometimes when I think about my life, it seems like a mystery that I'm trying to solve, and the answer to that mystery is who I am and what is my life is about. So much of my life didn't seem to make sense at the time, but when I look back without the purpose of judging myself, it is as if I knew what I was doing and where I was trying to get to a lot more than I felt at the time. My brother's death was like suddenly losing my way so that the path forward was obscured to my conscious mind, and my subconscious has been working a lot harder since then. Still, I feel lost a lot of the time, like I can't fathom how to prepare or think about my future. Anything could happen. I think that I want certain things, but I'm afraid to plan for a future that may not happen. When it comes to the future, I don't want to expect too much. I just hope to be pleasantly surprised.

I read this and all your other posts...I'm Jordan, a 16-yr old in Dallas, Tx. I really admire you, just reading about how hard you work to recreate yourself over and over, constantly working towards wholeness, it's really inspiring. I would love it if I could talk to you on yahoo instant messanger (rockstarr159) or email (xadianstarr46@yahoo.com). I was searching the web looking for someone to talk to, and I came to your site. I'll totally understand if you don't want to, I just need an objective person that won't judge me that knows the darker sides of humanity.
Anyway...you're a great writer :-) and I agree, writing does make ugly things beautiful, in a dark, noble sort of way.