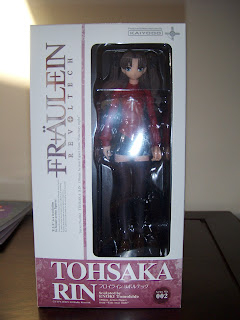 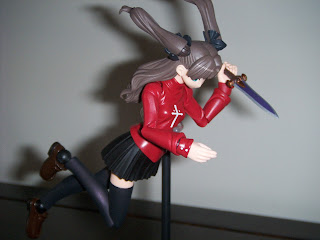 Okay, this co-worker of mine is a Ducks fan (or just pretends to be when its convenient and then says he doesn't care about hockey when they lose), and likes to come in my office and talk all sorts of smack for pretty much no reason. So now I really want the Ducks to lose in the worst way just to shut him up. I would never hear the end of it if they eliminated the Red Wings. Another one of my co-workers, who is from Detroit, has been so despondent lately he's threatening to play Frogger in L.A. traffic. For his sake alone, I can't support the Ducks winning this series. Booooo Ducks! (Update: the Ducks came out and scored in less than a minute, and the Canucks lost in overtime. I am annoyed. Oh, the Wings just tied it.)

Yesterday, we went to dinner (Japanese-style Korean BBQ, yum) and these two guys were sitting at the table next to us and they were hilarious. The first thing I noticed was they kept throwing each others first name into the conversation, like sales people tend to do. "I am a team player, Michael. I want you to know, Michael, I'm IN this project." "I'm telling you, Josh, I walked out of that tasting with a hard-on. I mean, literally JOSH, I had a HARD-ON." (That's just gross, dude. Especially over dinner.)

My favorite part was when Michael illustrated that the food had improved at a restaurant with, "It's like when Microsoft went from Word to Vista." There's just so much wrong with that analogy. That was followed by him saying "That's a no-brainer" 6 times in a row. And his partner triumphantly declaring, "I'm the Ideas Man. I'm the Visionary." Just for context, these were two white guys, one with a REAL bad rug, talking about opening a Japanese restaurant, "or whatever, I don't care what it is. It's all about real estate." Gotta love L.A.

I should be playing in a game tonight with my co-ed team, but I'm afraid I'll re-injure my leg before the Blue Lady Kings summer season opener tomorrow. I feel like a wuss though. I do have one of those 'not so much a headache, but really nauseated and my eyes hurt' migraine. Last time I played with one of those I threw up in my living room. Good times. I don't think they'll miss me too much anyway, especially since I keep blocking my teammate's shots. I feel like I'm such a non-factor that people forget I'm out there, so it's really poignant when they take shots right into me. I'm supposed to be screening the goalie, not the puck. Oh well. I got better playing with the Lady Kings, so I'll get better with this team. Playing with guys is different, but I'll get used to it. I hope.
Posted by Tealrat at 9:12 PM

One of the guys (the visionary) was asian! LOL

We missed you at the game tonight!!! Hope you're feeling better.
~T~

Oh my god, I laughed out loud at the Word to Vista thing. That sounds like a scene in a movie. And seriously, dinner in a public restaurant is no place to talk about hard-ons. For real.

oh yeah, I guess he was kinda Asian-y. sort of. are you sure? I was so blown away by his visionary-ness I didn't quite take in his physicality. and didn't want to look too closely in case he had a hard-on from the food too.

Word to Vista! ha ha, I'm still laughing about that.