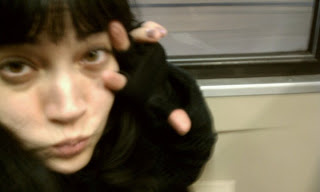 Since its the last day of 2010, and my brother's 33rd birthday, I felt the need to recap the year. First, though, how crazy is it that my brother would have been 33 this year? He was 19 when he died. I'm 38 until my birthday in January. Jeff always teased me on his birthday that he'd only be 5 years younger than me until my birthday. My boyfriend is 6 years older than me, except between my birthday and his in May.
This year has been difficult with all the work on my PTSD and trauma recovery, sleep fears and nightmares coming to the forefront, and my hockey injury at the Vegas tournament in January 2010, but not as bad as last year. The biggest influence in my life this year has been JW, my boyfriend. He is helping me heal and work through a lot of my issues. The most dramatic success has been with my sexuality. For the first time, I feel totally physically comfortable with a partner. I was really surprised at how natural and comfortable it's been. Amazing since my first boyfriend in L.A. forced himself on me, and my brief foray into bisexuality with a physically aggressive closeted woman. I think a lot of it is that I didn't do anything with him before I was ready, and he didn't pressure me. It has been more complicated for me to deal with my difficulty trusting and jealousy. JW has been very patient, and it's got a lot better, but it was a slog at times, and I feel bad for dragging JW through my struggles. But we help each other, and our relationship is healthy and strong and worth working for and trusting. 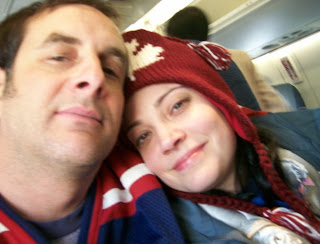 Hockey continues to be a big part of my life, and my relationship with JW. Our first date was at a Kings game last December, and this season we took was seemed to me to be a big step, we are sharing his season tickets. He has a deal with another guy where JW officially has two seats and the other guy has the two seats next to him, but they pool the tickets and each get four tickets for half the games. I have one of those seats for half the games. I'm a season ticket holder! Before that, I got to experience playoff games in person for the first time, with JW, when the Kings played the Canucks in the first round. The Canucks were my team, my first team, but I decided that as an Angeleno and Lady King, I had to support the L.A. Kings in the playoffs. It was painful, but the playoff games were completely exhilarating and worth any team loyalty angst I had. Another first was going to the Vancouver Winter Olympics with JW, and seeing two men's hockey games and two women's games, including Sweden vs Canada where I got to see my friend and teacher Maria Rooth play in the Olympics! I spent the Olympics limping around in my full-leg knee brace for my MCL tear in the Vegas tournament, but by the Phoenix tournament, where I got really drunk and jumped into a pool at the hotel in my underwear.
I wouldn't say this was a major life disappointment, but one of my disappointments this year was the season finale of Lost. I was one of those devoted Losties who watched the show from the beginning and rushed home or to the nearest TV every week to catch the current show. It took me three months or more to come to a conclusion about the way Lost was concluded, but I finally decided that, as a long-time watcher and loyalist, the ending went in such a different direction and dropped so many mysteries without explaining them, that I felt screwed. Fringe filled in the gap left by Lost nicely. This season has been stellar, much more than the it seemed in its X-files influenced beginning. Being Human came back, and was pretty awesome until my DVR failed to record the season finale. Doctor Who also came back, with a new Doctor and companion. Frontline continues to be my favorite show, along with the other PBS news shows Newshour and Washington Week with my hero Gwen Ifill. I also discovered some entertaining, if not particularly deep, new shows- Hawaii Five-0, Burn Notice, and Community. I have to give a shout-out to Walking Dead, which started a little slow, but turned into the show I couldn't wait to watch and stayed up late for (along with Fringe). Damn, I love zombies. 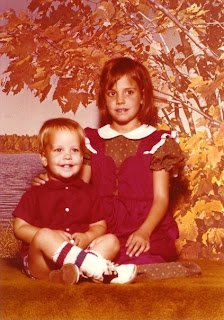 More firsts- went to the House of Netjer annual celebration in Chicago for the first time (amazing, can't wait for next year), joined a new co-ed hockey team with much less drama than my last co-ed team which I quit along with one of my high drama women's team (still a Lady King of course). Some seconds- Comic Con and Christmas with my fantastic friend Beth and her adorable babies (a little over one year old). Also, I discovered Brendan Brazier's Thrive vegan diet, and got a couple days into it before I got super-sick and didn't have the energy to prepare the very nutritionally conscientious meal plan. I felt fantastic for those couple of days, so I can't wait to get back to it. Now, I can't wait to get back to New Years Eve with my sweetie. Happy New Year everyone! Happy birthday Jeff!!! I love you. See you in 2011.
Posted by Tealrat at 7:35 PM

i'm glad to see some good things have come your way. i miss you and think about you often. hl