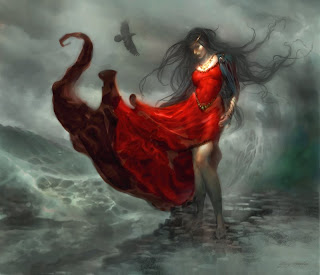 I've been slightly bemused with the traffic my blog has been getting due to a post I made last year- How to Build a Time Machine. While I would love to think this is due to my amazing writing, it actually because I linked to a picture of a time machine, and people searching for a picture of a time machine have been ending up on my blog. This is great and all, except it makes my site meter stats completely inaccurate as most of my traffic is in fact NOT due to my amazing writing, rather to Google image searches. So when I look at the detail for the blog stats I get a little depressed at how much real traffic has dropped off due to me not posting regularly.

I totally understand this, as there are websites that I check regularly, and if the author isn't posting I get disappointed. I wish they would post something, anything, so I know they are still out there thinking of me, their loyal reader. Then I feel guilty about how I'm not writing on my blog, and the emotional distress causes me to decrease the regularity with which I visit the site. Then I turn to Facebook, the social networking site for those of us with short attention spans and a passion for spending way too much valuable time marveling over the coolness of our friends and collecting electronic flowers and minions for our zombie/vampire army. (Last night, Conan O'Brien made a joke that Facebook, Twitter, and You Tube were combining to make the biggest time wasting internet site ever- You Twitface.)

So I bit the bullet and cut the link to the time machine picture, which I anticipate will reduce my traffic significantly, but hopefully motivate me to post more often, thereby generating actual traffic from people who might like my writing or something. I feel apologetic about my writing right now, though, because I am so tired of myself that I don't imagine anyone would want to read more than 140 character Twitter-limited musings. But here goes.

In other news, I am planning my annual Denver-New York travel whirlwind of standing in front of lots of people I see once a year for the purpose of lecturing them about Sarbanes-Oxley and other regulatory compliance that you should care about, just maybe not as much as I do. My work group (Internal Controls & Compliance) travels a fair amount, not as much as Internal Audit but still a lot, and we have already exceeded our annual travel budget. This is not a monumentally big deal since we can't help it that we are so awesome that people keep asking us to do special projects for them that require more travel than we budgeted for, but in the interests of being a good corporate citizen and team member, and since I am a manager now so I should care about the budget, I put my thrifty skills in action planning this trip. With only one layover (in Houston, on the way back from NY), my plane tickets from LAX to DEN to LGA back to LAX are less than $400, which seems pretty cheap. That's about $28 per hour of flight time. Unfortunately for me, that's almost 14 hours of flying, not counting driving to the airport, security, boarding, waiting, etc.

I'm leaving L.A. Monday morning (June 22) and leaving NY Thursday evening, which saves the cost of a hotel room Sunday and Thursday night. (Plus, it doesn't cut into my hockey that Sunday. I have two games.) I'm only in New York for one night, which is kind of a bummer except that its so expensive and I don't really like New York. Last year, $320 for the hotel per night x 2 nights; this year I found a room in a nice hotel in midtown for $169. I don't know which is more shocking- that it cost that much last year, or that I found a room at Dream hotel for $169.

Since I won't have time to check luggage with my tight schedule, I'll be trying to get my best score yet on the "how light can I pack?" game. My products have never been so tiny. My clothes have never been rolled so small. Those security guys at La Guardia can kiss my hiny.

Some other work related observations: I really don't like working alone. Spending all day by myself in my office is really boring, despite all the work I have to do. I don't like spending all day in meetings either, because I get nothing done, but I guess I need some balance between the two. Productivity is such a tightrope walk.

On the subject of productivity, my work computer, just today, started making a little pinging noise every time I get an email in Outlook. It is kind of cute. I don't know if there's any connection, but at the same time my volume controller disappeared from lower bar and my computer is stuck on mute, and the Java symbol appeared for no apparent reason. The symbol is adorable and all- I guess it's supposed to be a coffee cup with steam coming out of it, but since the "steam" is red it kind of looks like an oil lamp or a volcano teacup. Mmmm, volcano tea. I don't really understand why it is there, though. and where is my volume control? Time to call IT.