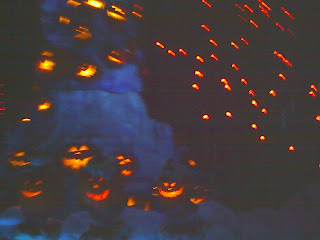 I've gotten to the first writing exercise in The Courage to Heal:

Write about the ways you're still affected by the abuse. What are you still carrying in terms of your feelings of self-worth, your work, your relationships, your sexuality?

The biggest way I can think that I am still affected by the abuse is in the difficulty I have with incorporating my sexuality into myself. I had to disassociate myself emotionally from my body during the sexual abuse, and I still find it nearly impossible to feel my emotions at the same time that I am sexual. So it's like I'm another person when I'm with someone. And I'm ashamed of that person. When I was sexually touched and fondled as a kid, it was humiliating, disgusting, terrifying, and degrading. To want sex, or even to want physical attention, seems like a betrayal of myself, of the child who went through so much pain because of an adult's sexual desires. I know intellectually that sex is natural and an important part of an adult romantic relationship, but emotionally I don't separate sex from abuse. And I can't separate my adult self experiencing sexually from my childhood experience of sexually. So I revert. I flash back to being a kid, and the terror and discomfort I felt, and I cope in the same way that I did as a kid, I disassociate.

It's bad and scary when I go someplace else when I'm making out with someone- I sort of blank out. I don't know that I'm doing it unless the person points it out. What's worse is I get these feelings in the back of my mind, feelings of sadness and abandonment. Instead of feeling closer to someone I'm having a physical relationship with, I feel more alone. I guess because when I flash back to being a kid, I re-experience the isolation I felt of not being able to tell adults what was happening, and even worse, when I did I was yelled at and punished, not rescued or supported. Some of the abuse happened in front of other kids in my family, which made me feel deeply ashamed and embarrassed around my peers.

I think sexual abuse is usually, if not always, extremely confusing for the child- the abuser often grooms their victim by initially being very nice, even doting on the child, using the child's natural need for attention and affection to build trust and loyalty. Then, when the adult crosses the line into sexual attention, something they were planning to do all along but is completely foreign and incomprehensible to a child's understanding, as a child you think you must have done something wrong. I thought I had been too receptive to this man's attention, even though I had no way of knowing or even understanding that an adult would target a child for sexual gratification. I thought I could get it to stop by making it clear that I didn't want his attention anymore, sexual or otherwise, and continued to blame myself when I couldn't get him to stop.

So for me to even be receptive to someone sexual advances, even now that I'm an adult, somewhere in the back of my mind it reinforces the idea that I am responsible for other people's sexual desires and I am leading them on. Even worse, if I initiate physical affection with someone or express that I like or want it, I feel like a WHORE. I feel so disgusted with myself. My sexuality, in the immaturity of my child's mind, caused these horrible things to happen to me. Any acknowledgment of my own sexuality feels like self-betrayal and evidence of my culpability in what happened.

I feel like I'm the prosecutor in my own trial, or the defense in my abuser's. I'm still fighting this one out, and losing. Actually, the prosecutor/defense is winning and I'm paying the price. I don't know how to stop though. I keep playing this out in my relationships, where I date people who are pushy and aggressive, making me feel re-victimized but also in some sick sense easing my guilt because clearly the other person is driving the relationship and anything that is wrong is their fault. I am conditioned for those kinds of relationships. In "normal" childhood development, you are supposed to be self-absorbed and focused on your own wants and needs when you're young, the me me me stage. Then you learn as you get older to take other people's feelings and needs into account. In abusive and otherwise dysfunctional families, the parents are the self-absorbed ones and the children are taught to meet their needs, not the other way around. I, like many people out there with less than ideal childhoods, reached adulthood without a very clear sense of how to get my own needs and desires meet. This is the big challenge with relationships; they have to be two-sided in order to work. I usually end up feeling drained and unsatisfied, not surprisingly, since I tend to have one-sided relationships that are driven by the other person. And I still blame myself when they fall apart.

To compensate, I'm then attracted to people who are emotionally unavailable. They don't force themselves on me, which is good. But these relationships are not satisfying either because I'm still not getting my emotional needs met. So I try to win them over by being really great and charming and irresistible, which never works for some reason. (That's a joke, by the way. I'm not that irresistible.) I feel ashamed for even having needs and wants and desires, and working that hard trying to get someone to pay attention to those is embarrassing to me (and, again, makes me feel like a whore. What a terrible thing to think about anyone, especially myself.) If I am having sex with someone who is emotionally unavailable, it also reinforces the idea that I am only good for sex, another really damaging lesson I took from the sexual abuse. I am especially haunted by my parents' reaction when I told them about the abuse (my dad threatened to beat me senseless and throw me in the car if I tried to resist going to the abuser's house, and my mom had no discernible reaction) because message I got was that I really don't have any worth beyond satisfying the needs of other people. I tried to confront my mom about this just a couple years ago. I asked her if she and my dad believed me. Her response devastated me and destroyed any trust I was still holding on to towards her or my dad. She said they DID believe me. I asked, amazed, why didn't you do anything? She said she thought I could handle it myself.

I've gotten to the point in my life where I can reach out to friends for emotional support. After everything that's happened in my family when I was child, and then losing my biggest source of support when my brother died and realizing that my dad has no empathy for me and my mom is incapable of being there for me, I feel a lot of insecurity about my ability to have relationships that go any farther than that. I doubt my ability to trust and rely on other people. I really want a meaningful romantic relationship with someone, maybe even a family, but I feel SO far from that. Sex is like a giant obstacle to a "normal" life. If I could have a sexual relationship with someone without flashbacks and it triggering all these bad feelings I associate with my childhood, if I could feel good about wanting physical affection and not be ashamed or guilty, if my relationships weren't dysfunctional reenactments of the wreckage of my inner life, maybe I could grow into something better than what my upbringing set me up for.
Posted by Tealrat at 11:00 PM