Canadian money is so interesting 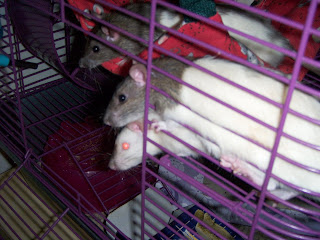 My new favorite blog is passive-aggressive notes. I never thought before about how totally funny people are when they are being passive-aggressive (when it's not directed at you. Or when it is and you can see the humor in it.) There is something totally fascinating to me about how these notes express the often bizarre ways people attempt to influence others to act the way they want them to, get some kind of revenge when they don't, and generally deal with conflict. I've often described Seattle as a passive-aggressive culture because there is some kind of enforced niceness going on, like, if I'm being a total asshole it's for your own good because you obviously don't know how to act like an adult in civilized society. I feel sorry for you. I really do. For instance, people honk at you if you don't drive super-slow and demonstrate a complete lack of merging awareness, because this is Washington, not California, you big city jerk. We refuse to drive like this is a city, because we are in denial about losing any aspect of our sleepy, logging town culture!

Seattle is not a very diverse place, and the most interaction I'd really had with people from the East Coast was in business school. I really noticed the cultural differences there. The dominant local culture frowned on directness, so anyone who seemed confrontational or excessively frank was ignored into submission. I think the New Yorkers had some of the worst culture shock, so it is kind of funny that my boyfriend now is from New York. Not that New Yorkers are never passive-aggressive (perhaps trending more towards aggressive than passive?), but I don't think I've ever laughed so much with a boyfriend than with him, and a big part of it is that our interactions are so funny. He is so direct, and I am so indirect. There are so many factors playing into my discomfort with directness- the Seattle culture, the similar Minnesota culture my mom is from, my association between confrontation and violence, my desire to always smooth things over to avoid said confrontation/violence, trying to protect myself by hiding what I really think, not being very in touch with my feelings, not knowing how to deal with conflict, feeling guilty if I get upset with someone I care about, my insane family, etc. (How passive-aggressive is this blog? Answer: totally.) I am so glad he is not like me. I drive myself crazy. At least when I'm with him I can laugh at myself and the lengths I go through to try to control myself and the situations I find myself in. As I learn to trust him and that his intentions are good, I'm learning to let go a little. It's a miracle. Maybe someday I won't be so stressed out.

As someone who's been on both the receiving end and the agent of passive-aggressive behavior, I can't get enough of the hilarious notes on this blog. The office ones are especially interesting since I have definitely seen some homemade signs at my work in the kitchen and the bathroom. Food-theft is a strong theme. I haven't had roommates in a while, but I can really, really relate to a lot of those notes. Roommate drama is the inspiration for my favorite note, written on Canadian $20 bill. Defacing money and the queen, Canadian passive-aggressiveness, big words- it's a gem. (P.S. Nice people are the best at being passive-aggressive. Don't forget grandma.)
Posted by Tealrat at 11:48 PM

Passive/Aggressive: A segment of society indulges in passive/aggressive behaviour with one word, tone is vital, “Whatever”. ``

Lol! WhatEVA. We live in a passive-aggressive society.