let’s not forget – that keeping wildlife, an amphibious rodent… uh, that ain’t legal 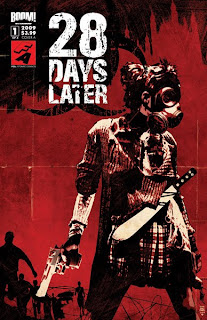 I was all excited because blogathon 2010 was coming up, and suddenly it's not on anymore. It was going to be July 31-Aug 1, and they were blogging about all the new charities you could blog to raise money for, but then the website announced that they were taking a break until 2011. Needless to say, this was very disappointing. While staying up for 24 hours to blog every half hour was challenging, and I was getting a little loopy around 4 am, it was also rewarding and fun. It was a challenge I enjoyed, and definitely inspired the "blog every day in December 2009" personal blogathon I embarked on. Those two blog fests were responsible for 49% of my blog posts last year, and I was hoping to up my numbers this year with their help. Alas, I am undone.

I have no idea why blogathon is off this year. (The website is quite unhelpful- legal issues, burnout, the entire team went to Haiti to do relief work, zombie attack...we may never know.) I was all excited to do my thrilling essay, "Why my life is like an apocalyptic zombie movie, with rats". In this 48 part series, I would explain why horror movies are the perfect movie metaphor for child abuse- the isolation of no one believing you or being able to understand, the terrorizing of children by the superhuman power of adults, even the non-abusive ones, trying to communicate with zombies, the false rescue, the desperate struggle for survival, resolution and determination (the "attach a chainsaw to your arm if that's what it takes" effect), living in an alternate reality, difficulty in living a normal life after battling flesh-eating savages (the "get a motorcycle and wander the desert looking for people to save" effect), companionship with rats- it would be a masterpiece. The follow-up essay, if I ran out of stuff to say before I hit 48 posts, would be "Conclusive evidence that 'The Big Lebowski' is a brilliant send-up of 'Chinatown', and how I can't believe no one else thought of this". I really have to write both these essays, like, right now. 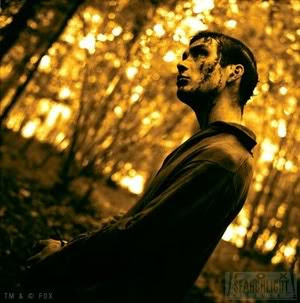 "Hmmm, as soon as I poke that army guy's eyes out with my thumbs, I'll write a brilliant essay and be the toast of the blogosphere." 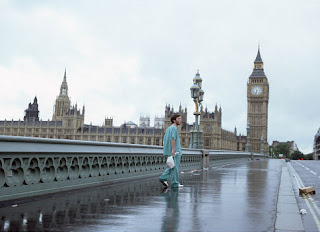 Oh well. At least Comic Con is still on this year. This year the goal is to not spend the whole time in line. I am going with my cousin and meeting up with my friend Lori. She will be dressing as slave Princess Leia, and has been dieting for about 3 months so she can look fabulous in her costume. (I think she would look fabulous anyway.) I, on the other hand, was going to make a punk-rock Alice from Alice in Wonderland costume, but got exactly zero percent of that project done with my volumes of free time, so I am going in the same Elektra costume I wore last year, only 10 pounds heavier thanks to the weight I gained when my knee was injured and was never able to lose. The goal is make Lori feel especially good about herself by wearing a skimpy costume even though I totally don't have the body for it anymore. However, I do plan to achieve a goal even more important than avoiding lines, which is to spend the one magically day I have at Comic Con with people who don't ignore me the whole time while texting people they'd rather be with. Of course, last year I had blogathon 2009 to amuse me while waiting in line and feeling lonely. 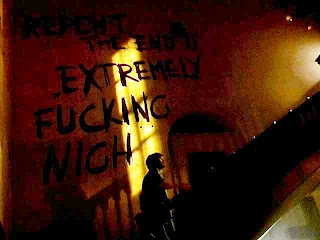 So, I am expecting a better Comic Con experience this year, but still missing blogathon. Actually, I just had an idea. I could hold my own blogathon on August 26-27. See, I created "blog every day in December 2009" to help get me through the month of December, since I hate Thanksgiving and Christmas because of the sexual abuse I was subjected to at my great-uncle's house on those holidays, I miss my brother, who I grew up with, especially intensely at that time, and Jeff's birthday is December 31. August 26 is the anniversary of my brother's suicide, and what better way to get through a day of horror than to write about horror films. The only problem is that it's a Thursday. Back to the drawing board.
Posted by Tealrat at 10:06 PM

I don't like horror movies and won't watch them. I believe there is enough real horror in the world without us having to make stuff up to keep ourselves entertained.

I'm doing my own blogathon on 7/31. There's an event on facebook for it: right here I'm just going to have people who want to donate, donate directly during, (or a couple days before,) the event.

Noelle, thanks for the link. I checked it out. I think I can do it 7/31! Hey Bubba, I don't like torture-horror (Saw, Hostel). I like the more campy horror usually, and zombies. But that's why I want to write about my horror fascination- to explain why I'm so into them. I think they have a lot of symbolic appeal for me. :)