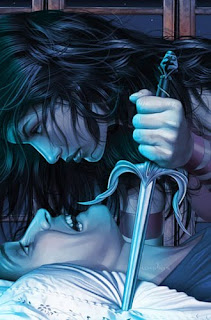 The EMDR is meant to be limited to about 8 sessions. I am a little worried about backsliding. It seemed like the EMDR really loosened some things in my brain up, and I don't want to feel like those things are hardening up again. I am a big fan of progress. I am also a big fan of inertia though. With everything that I was doing, it seemed like I was constantly running to appointments. Now I only have my regular therapy once a week. It is a lot less hectic. Only without an appointment or something planned after work, I have a tendency to just keep working, especially if I'm engrossed in a project. I dislike multitasking. Actually, I think it's a crock. You don't really do two things at once, you just switch from one thing to the other. Often times, I spend most of my day at work running from one meeting to another, so spending an hour or two on one thing and getting something completed is almost relaxing by comparison. Plus, I get a rush of anxiety-relief that is much better than any of the drugs I'm taking when I get something off my plate. Chow down.

It's not just work though. If I'm awake, I want to stay awake. If I'm in bed, I want to stay there. If I'm eating, I want to keep eating. If I'm reading, I don't want to stop. Whatever I'm doing, I usually want to spend more time doing it. I'm constantly leaving for things late because I don't want to stop what I'm doing. I linger. I want more. Even when it comes to grief. Sometimes it seems like I don't want to stop grieving. I feel like if I stop grieving my brother, I'll loose the immediacy and powerful feelings his death hold for me, and his memory will become pale and thin. I might forget the little things- the way he spoke or laughed or was like to be around, and he will just become a distant memory. Who he really was will be replaced, the way that when you haven't seen someone in a long time in person but you've seen their picture, you'll think of their picture when you think of them. It's a memory of a memory. If I let go of the anger at my dad, I feel like I'd be letting him off the hook. I want to seethe at him a little longer. I want to send him my psychic disapproval until I get results. Since the EMDR is supposed to be time-bound, and it is supposed to lessen the intensity of the traumatic memories, and the power they have, it does seem like a conflict. I feel unsatisfied somehow. I haven't discover how to feel at peace with things that will never be resolved. I will not get justice for the wrongs that happened. There are things I don't remember. I remember how I felt when I was 7 or 8 years old, how afraid I was of my dad, the things I did to protect myself like keeping my room messy so I could hear him come in at night or the mess would just dissuade him from coming in, hanging bells on my door, and hiding in the closet. I even woke up before dawn and hid in the yard even though I was allergic to the grass. I remember doing those things, but I don't remember what happened that made me so afraid of sleeping. Memory of a memory.

I have intense dreams. I have quest dreams where I'm searching for answers. I had a dream last week that I was on a crooked game show, and I decided to investigate the host. I walked around with a tiny video camera and filmed places he'd been. I gathered enough evidence to go to the FBI, and he was arrested for some type of financial fraud. Even after the arrest, I felt there was more. I looked back at one of the films I made, of women who were being arrested for prostitution. There were signs that they were human trafficking victims. I saw his face in the background and decided he must be involved in a human trafficking ring. I went back to my investigation. I woke up wanting a tiny video camera, and wondering if there is any way to get the police case against my dad from 20 years ago reopened. 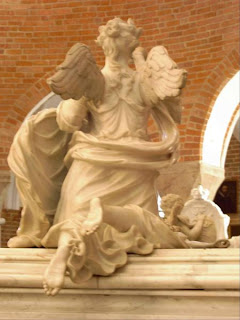 In my last session of EMDR, we revisited the first memory we did the treatment on, of my dad beating me when I was 17. She asked me what bad feelings I still had about myself connected to that memory. I told her I still felt shame. It triggered a memory from when I was about 8 years old and we were at my grandparents. I was upset about something my dad did (I think he yelled at me in front of the whole family and I felt scared and humiliated), and I started to cry. My family walked away and ignored me like I was a little kid having a temper tantrum about something stupid. I couldn't stop crying and I didn't know how to comfort myself, and I rubbed my feet together, almost like it was involuntary, until I rubbed the skin off and they started to bleed. I felt the most intense feeling of shame, like all my feelings and everything about me was entirely worthless. I wanted to float away into the sky. In the EMDR, she asks me to focus on the feelings in my body and let them develop. I felt tightness in my throat, like I was being strangled, and pressure in my temples. The feeling moved down into my chest and shoulders, where it felt heavy and painful. Then my elbows felt tingly, and my hips ached. It moved into the tips of my fingers, where it felt like electricity, and the back of my knees itched.

Instead of flowing out of my body though, it took root. Little wisps of energy turned into cables that reached into my hips and elbows, and met in my chest. There it fed on the fear and smallness I hid inside myself, along with the light airy silliness I kept from my parents so they wouldn't pick on me and my vulnerable places. The strength and resilience I used to protect myself on the outside fused with the delicate and creative inside me, and wings grew out of my back, supported by a structure inside me that reached from my toes to my fingers, anchored by my hips and my chest. The feathers on the wings were delicate and beautiful, but even if some were bent or came out, the wings were still glorious. I had a helmet on my head, but it was flexible, like a leather aviator's helmet. It didn't cover my eyes or ears, so I was protected but not blocked off from the world.

It was a complete reversal of everything I thought I had to be to survive. I thought of my strength as being on the outside, like a suit of armor or a box, and my feelings as a little mouse, suffocating and near starvation in the protective prison inside me. Instead of feeling mushy and empty inside, I felt solid. Instead of feeling hard and inflexible on the outside, I felt open and tingling with energy. The wings felt so strong and resilient but flexible and airy. Their structure infused my whole body with their power. Their beauty glimmered around me. I was transformed.

I turned to my family, smacked my dad down with the wings, and flew away.
Posted by Tealrat at 8:29 PM

Interesting post. As always I have a few things to say. :)
As to your shoulder, I would look into Traditional Chinese Medicine. NiankhSekhmet had a shoulder injury sometime back, a torn rotator cuff and her western doctor said it would be $15,000 worth of surgery to fix it. She went to a TCM doctor instead, had 3 sessions of massage, herbal remedies and some acupuncture (all for $300) and her problem is fixed.
I'd talk to her for more information.
Secondly. Holding anger in is never a good thing, you must let it out. Perhaps try a martial art such as Aikido, which is entirely defensive and enables you to protect yourself without hurting the other person.
People rarely change unless forced to by their own conscience or something outside themselves which is stronger than their own will. You might consider hiring a Private Detective to follow your dad a round a bit and investigate his past, see what he can dig up. He might have some skeletons in his closet that you can go to the police with.
As for your brother....Have you ever considered that by continuing to grieve for him, you are in fact preventing him from moving on? Many times those closest to us will stay in this world after their deaths because we won't or can't let them go. Or they may feel a responsibility to look after us. Like the old saying. "If you love something....let it go." It doesn't mean you will forget him, it means that you love him so much that you do not want him to suffer along side you.

If you would reply every now and again, I would know if my words were having any meaning, or if I should just be quiet. <3

I'm sorry- I am just perpetually behind on replies. I feel overwhelmed a lot and don't know what to say. When I blog it is very free form. I do like that you comment! And I am trying to comment back more regularly.