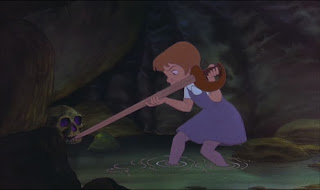 What is the silence? Dull, exhausting, heavy- I feel it in my throat as if it's a weight on my neck. You think about talking or writing about it, and the words don't come. When you are around other people, it is like a veil that blocks you from connecting. Your feelings seem buried and far away, and your reactions are lifeless and slow. Everything seems far away, who you are seems far away.

The silence descended on me last December. When I try to write, I feel numb. I feel numb a lot. I stare at the phone when it rings usually. There are no words. I know it's the PTSD, but I don't know what to do about it. Creative, innovative, progressive thought is especially hard right now. Therapy is a struggle. It's so hard to talk about it, I alternately want to strangle my therapist and myself. (I don't really want to strangle her, but sometimes I can hardly stand the sound of her voice.) I understand why some people just don't talk about what happened, for decades or even their whole life. Besides the fear of rejection and/or judgement, every cell of my body screams "shut up! shut up! shut up!"

My dreams, though, just get more and more vivid. It's not just the images, story lines, people, or "traumatic remembering" as my therapist calls it. It's really the feelings. I feel those dreams. They are raw as hell. I feel like my skin's been slowly peeled off through out the night when I wake up in the morning. I go to work an emotionally mutilated mess. It's hard for me to believe that everyone I see at work can't see how twisted up I am. It's also hard to believe that my friends can't see how wrecked I am. But then I can't talk about it. When I'm awake, I push the feelings down so far I'm only really aware that things are very wrong. I've had a lingering migraine off and on for the last month at least. I just keep wondering if this is going to get any better, like, ever. I know it sounds silly to wonder if it will get better, but the silence is inertia. It's like trying to swim to shore in a sea of quicksand. It seems totally plausible that you really are stuck in this misery forever. All your progress seems to fade away when the solid ground under your feet disappears. 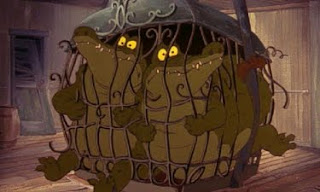 On a completely different note, my hockey team, the Vancouver Canucks, are in the Stanley Cup final. This is only their third time in the final, and they've never won. The last time they were in the final, the 1993-94 season, was my second year of hockey fandom. Trevor Linden was my hero, and after that final, the New York Rangers, and Mark Messier were the enemy. When my brother died, I stopped following hockey. It seemed trivial, and it also felt selfish for me to enjoy something like hockey when my brother couldn't enjoy anything anymore. It was also a painful reminder of my life before everything was destroyed. So it's been 17 years, and the Canucks are back in the final, and I'm back into hockey. Kind of strangely for me, the Canucks are seen by some as dirty, classless fakers. Eh. They seemed like the classiest team around when I first became a fan. And I used to be afraid for people to not like me, afraid they'd come after me as a result. Now I've mostly accepted that plenty of people don't like me, for ridiculous, grey, and perfectly reasonable reasons. I guess that's life. and hockey.

it does get better. it's like a spiral staircase sometimes, or, like, a spiral staircase that's kind of on its side? an m.c. escher kind of thing. i might be torturing this analogy. but there are definitely times when it is less bad.

i fell out of hockey for years too. there was too much happening in my brain to pay attention to much of anything outside it.

i'm sorry stuff sucks right now. you don't fucking deserve it. if i ever get ahold of a time machine, you're definitely invited to the road trip through space/time to destroy the people who hurt people i love. it'll be great.

anyway i love you, even though i don't like the canucks and mark messier is my favorite <333

You like Mark Messier? I had no idea. :) My boyfriend is from NY and he got me to forgive the Rangers, but I haven't forgiven Messier. Mostly because he came to Vancouver and ousted Linden as captain. I love that you're a hockey fan too though. :) I do believe you that it will get better. But sometimes it gets worse and it's hard to feel like you're backsliding, you know? I like that time machine plan. Maybe we could borrow the Tardis from the Doctor?

Silence has been a huge theme in my life. You really put how it feels into words so well. How it strangles you and shoves you down and it's so hard to just open your mouth and SPEAK.

I came here from SheWrites :)

Hi Nicki! Sorry to say The Silence is still weighing on me. Still struggling to write. :(