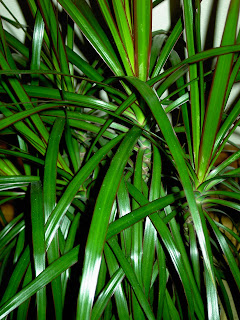 This X-mas I decided to do whatever I wanted. Right now I'm watching the Rick Steves' European Christmas special on PBS. (Note to PBS- could you please, for the love of god, find another version of the Nutcracker? You've played the same version every year since I was a kid, and it's soooo boring! There has got to be a better version out there.) It's pretty liberating to have the freedom to do what I feel like. So far, I've slept in, picked up my friend from the hospital (she had surgery last Friday), had lunch at a Mexican restaurant (it was the only one open we could find on Capitol Hill), walked around Broadway, watched an episode of "Six Feet Under", read, and watched "Business Week" and "The News Hour".

There were quite a few other people walking around on Broadway. People were extra cheery. Almost everyone I passed said, "Merry Christmas". That kind of friendliness is usually unheard of on Broadway. Although the best thing about today is not feeling obligated to attend any uncomfortable family gatherings.

Frankly, I don't understand why so many people spend the day with families they complain so much about. I blame television and movies. It used to be that everyone's family was assumed to follow the "Ozzie and Harriet" model. Now, everyone is assumed to have a dysfunctional family. This is probably an improvement- family portrayals do seem more realistic than they used to be. I did say more realistic, though, not realistic. Fictional dysfunctional families are wacky, funny, entertaining, loveable, and a vehicle of redemption. In a movie, all you have to do is make disparaging witty quips to your boyfriend/girlfriend about your family, roll your eyes a lot, keep your mouth shut when you are actually around your family or bicker about inconsequential things that are a diversion from any real problems, and some well-timed adventure will come along to try you family bonds, bring you together, and leave you with a new appreciation for your family relationships.

In real life, the grandfather who gooses female relatives and makes inappropriate sexual comments is horrifying, not funny. Verbally abusive parents aren't really sensitive, loving individuals who are hiding their true feelings behind a gruff exterior. Alcoholism is a lot scarier and more destructive than a red-faced giggling relative would have you believe. Most of all, real dysfunctional families aren't entertaining and fun. Accepting inappropriate behavior year after year is denial, not a normal part of family life. That's such a downer, I know, but I also know that I'm not the only one who thought for years that if I was patient my family would come to their senses and start acting like a real family, you know, like on TV. I finally let that fantasy go, realized that a family based on dishonesty would never be happy, and actually tried to do something about it. Now I'm enjoying freedom from disappointment and unmet expectations, at least. It's surprisingly liberating to not be afraid of the truth about your real dysfunctional family.

Speaking of which, the book I'm reading is Why Does He Do That? Inside the Minds of Angry and Controlling Men by Lundy Bancroft. The book seems like it was written specifically about my dad, and to a lesser extent, some of my ex-boyfriends. For a long time I thought abuse was just the most extreme things that my dad did to me- beatings and threats of violence. Now I've realized that emotional and verbal manipulation, controlling behavior, and talking to someone in disrespectful and degrading ways are also abuse, and just because someone isn't as bad as my dad doesn't mean the way they treat me is acceptable. Lundy Bancroft has counseled abusive men since 1987, but he is quick to point out that most abusive men do not change (my dad, for example) primarily because they don't want to. The book is for abused women, so they can understand the techniques, rationalizations, and thinking of abusive men, and use this insight to identify them, figure out how their manipulations work, and get out from under their power.

The way he talks about abusive men and the difficulties women face in getting away from them shows so much more sophistication and understanding than anything else I've read. In dealing with his clients, the abusers, he also talks to their partners and ex-partners so the book is not about how abusive men characterize themselves. He gets both sides of the story, and really understands how abusers manipulate the abused person AND everyone else- other family members, friends, police, the courts, and therapists. Their ability to pull the wool over people's eyes is the source of their power, so understanding how they operate helps you figure out how to deal with them.

He lists 17 myths about why abusers are abusive, and explains why they are myths and how abusers use these myths to justify their behavior. I was blown away by this section of the book- my dad and mom have used many of these myths as excuses for my dad's abuse throughout my life, and I have used some of them to try to understand both my dad and some of my ex-boyfriends' behavior. These (incorrect) explanations have also been alluded to in many of the books I've read about abuse, and I've used some of them in previous posts. The thing was, these explanations didn’t really make sense or truly explain why my dad is the way he is, so the arguments in this book for why these ideas are myths, perpetrated by the abuser for his own purposes, make much more sense.

For example, Myth #1: he was abused as a child. My grandfather abused my dad, according him, and I know from my own observation that his dad was abusive to my grandmother. Why would that make my dad violent and manipulative towards women? According to "Why Does He Do That?" there is not a strong link between abusive men and childhood abuse. Similarly, the most frequent excuse I heard growing up for my dad's abuse was I reminded him of his sister whom the family supposedly abused less than my dad. That didn't make sense because I've seen my dad with his sister countless times, and he's never shown any animosity towards her in front of me. In fact, he regularly defers to her. She made practically all the decisions about my brother's burial.

Myth #9: he hates women. In fact, most abusers don't hate women, although disrespect for women is common. Why would my dad hate women because his dad was abusive? I would think he should have bonded with his mom, who was probably abused more than anyone in the family. In fact, he seemed deferential towards his mom too, and was devastated when she died (or at least he acted that way). The only women I've witness my dad showing hatred for are my mom and I. He's been abusive to my brother and stepbrother, who are obviously not women.

A handful of myths paint a picture of an abuser as someone who holds his feelings in until they erupt, has poor anger management skills, and loses control of himself. If you've ever lived with an abuser you may have experienced, as I have, an abuser who didn't seem to have any problem expressing his feelings all the time, expecting you to always be attentive to them at the expense of your own, and regularly demonstrated the high degree of control necessary to manipulate and control those around him. Abusers know exactly when they can get away with expressing anger and when they cannot. If an abuser can control his anger towards his boss, his family of origin, and strangers, why does he blow up at his partner or child? Because he can, of course. He has a lot of control.

My mom is fond of Myth #8: he is mentally ill. There is no particular mental illness that is typical of abusers, and my theory that my dad is anti-social or a psycho doesn't explain his behavior because he's only cruel and abusive to his family. Real psychos are like that with everyone. I've never seen my dad depressed, or any of my abusive ex's. Most of the depressed people in my life were abused, not abusers. And finally, there are the myths that abusers have low self-esteem, and/or are afraid of intimacy and abandonment. In fact, in my experience abusers are very arrogant and self-centered. You could argue that their arrogance is in reaction to low self-esteem, but it's not the kind of low self-esteem that responds to loving support and reassurance. Abusers want loving support and reassurance, but getting it doesn't stop the abuse. It usually makes it worse. It's not that they fear abandonment- but abandonment takes away their control and that's what they’re trying to avoid.

So why do abusers abuse? According to the book, it's because of how they think. Specifically, abusers consider themselves to be superior and entitled, expecting others to cater to them. Other peoples’ inability to fulfill their fantasy of what they think they deserve justifies (in their mind) disrespect, manipulation, control, and insults. They objectify and think they own the person. When I was a child, it was easy for my dad to treat me as inferior. I was his daughter, to treat as he pleased. As an adult, I can't tell you how many guys have taken a savior attitude towards me- I am so screwed up, but he'll help me because he loves me so much. I should be grateful that he’s even with me, so how dare I question the way he’s treating me. It's just my lack of trust that is clouding my perception of what a great, caring guy he is. I should be thanking him for all he’s done for me, not complaining that he doesn't listen and I'm not happy. Yeah, I'm taking a break from dating.

There's a plethora of warning signs for controlling, manipulative men, so when I do date again, I'll be prepared. I love this book! Merry Christmas and a Happy New Year!

I'm glad you got to enjoy the day the way you wanted to enjoy it. Merry Christmas!

I hope that you have a great time over the next week. The best revenge is to live well.

I was once someone who had a hard time finding happiness. It seemed everywhere I looked happiness was never there. But it was cause I was looking for it everywhere but within me. I'm not totally content, but who really is? I do know that if I want to be happy it starts with me. I've also found its the smaller and simpler things that bring me the most joy. Reading your first paragraph, it sounded like you might be finding those same types of happiness during this christmas. I wish you all the best.

Thanks for the Christmas wishes. Happy New Year!

Man. I'm so jealous and proud of you. now THAT"S the way to do it. Next year, i'm doing exactly what I WANT. which will probably be stay in my p.j.'s play with new toys and eat bon bons all day. Good for you!

Happy New Year/Christmas. Festivus for the rest of us (or some twisted version of it) is more likely what really happens anymore.

hey, I just realized that teacher dude's well wishes for the week totally came true! I had an amazing week. it's been painful but wonderful. bittersweet?