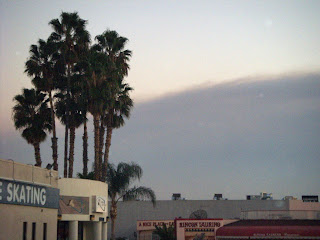 On October 25, one of my co-workers committed suicide. She didn't work in my department, but she was my HR representative, and the person in HR my team worked with on some of the projects we work on, like ethics training. I used to see her mornings in the locker room at work, where I showered after hockey practice. Of course I felt sad and shocked when my boss told me she had died, but then it really got sad when he told me the company was going to say she died in an "accident" and that I shouldn't tell anyone it was suicide. This put me in the ridiculous position of having to tell my direct reports without saying it was suicide, so when one of them naturally how she died I danced around it by saying "the company says it was an accident" even though I knew that wasn't true. Then the company never did make any sort of announcement that she had died even though she was in HR and practically everyone knew her. Most of our co-workers that came to her memorial service were either in HR or higher up in the company, which I realized later was because unless the head of their department or their supervisor told them, a lot of people didn't even know she died. I was talking to a co-worker and mentioned the memorial service, and she was completely taken aback because she hadn't heard.

Regardless, a lot of people came to the memorial service. I managed to hold it together until someone else started crying, and then I lost it. My co-worker (and friend and fellow hockey player) that I had gone with immediately whipped out a tissue, saying that she knew I would cry so she was prepared. It was sweet.

Two days later was the election. As a liberal and a democrat, I was nervous. I was genuinely shocked when GW was elected the first time, disturbed when he was re-elected, and regardless of my feelings about the competition this time around and no matter how good it looked for Barack Obama, I didn't want to get too excited and have my hopes dashed against the rocks. In California, we also had the propositions to worry about, especially prop 8 (banning gay marriage) and prop 4 (abortion restrictions). That afternoon I was in my car listening to the radio, and they had called Vermont for Obama and either Kentucky or South Carolina for McCain, which meant McCain was ahead 8-3. An hour and a half later I get back in my car, and they are talking about how very, very hard it would be for McCain to get enough electoral votes to win, like he'd have to take normally blue states away from Obama. This was before the polls had closed in California, so they couldn't call the election yet, but when I realized that's what they were hinting at, I started screaming. Obama won!

The propositions were a mixed bag. Prop 4 was defeated, Prop 8 was not. Cue the disbelief here. In a state that's as blue as the day is long (for those readers outside the country who may not spend all their time following U.S. politics, blue states tend to be more Democratic and red states are more Republican) the success of Prop 8 was disappointing, to say the least. And embarrassing. It seems California's liberal leanings were overestimated outside the state as well, and a lot of non-Californian were shocked that the state would pass an amendment to the state constitution which is straight-out (no pun intended) discrimination. You just can't assume anything about how people will vote.

Regardless, Obama's victory wasn't just politically or intellectually satisfying. I felt elated, and the feeling of it seemed to permeate our country afterwards. People were happy. Political commentators were smiling when they talked about it. Even people who voted for John McCain seemed to feel hopefully and magnanimous.

As uplifting as it was, though, for me it was bittersweet. I feel sure that my brother would have loved Barack Obama. Not only would he have voted for him, I think he would have been one of the many volunteers spending all their free time working for the campaign. He would have thought Prop 8 was stupid, and would have fought against it. He might have even joined the protests that erupted around the state. I thought about that as I sat in traffic, trying to get home in the days after the election, with the protests closing streets and taking over parts of L.A. (that I happen to live near). I thought about how this should have been his time, his place, his world. He should be here. I started having dreams where he was talking to me, and then I would realize it was a dream and wake up sweating, and sometimes crying. I miss him terribly.

The fires came back to Southern California, I scored 5 goals, I made it through Thanksgiving and I'm gearing up for Christmas and New Years Eve (my brother's birthday). I've been sick a lot, and I'm struggling to write. It's hard to talk about how I feel right now. Depression doesn't make a lot of sense sometimes. A lot of the feelings I had but couldn't deal with after Jeff's death are coming up, especially anger at the lack of support I had and how people didn’t seem to want to talk to me about it. This has a lot to do with the reaction to my co-worker’s suicide. It brought up a lot of the frustration I felt with other people’s reaction to my brother’s suicide, and peoples’ discomfort with suicide. When the most catastrophic thing that could possibly happen to you happens, and your whole reality is tore down and destroyed, and you feel like the people around you want to pretend like it didn’t happen because it makes them feel weird, it can make you feel pretty resentful. Grief causes intense pain, both emotional and physical, and when you’re going through it and you have no choice but to feel it, and other people are doing everything they can to avoid a little discomfort that doesn’t even compare to what you are going through, it can make you feel intensely alone and abandoned.

These feelings, mostly left over from the year after Jeff’s death, have been resurfacing all year, but the year is almost over. It might get better after his birthday. My birthday is in January, and that week I will be playing in a women's hockey tournament in Las Vegas. Our team is called the Hot Flashes (a little joke about how we are getting older) and we are choosing funny names to put on our jerseys. I could be a lot of things right now- Irritable, Bloated, Crabby, Annoyed, but I went with Sweaty. I may be feeling better by then, but I will still be sweaty no matter what happens.
Posted by Tealrat at 2:05 PM

The election made me think of my mother, for some similar reasons you thought of your brother. Election Day this year was actually the fifth anniversary of her death. My mom wasn't an American citizen for very long before she died, and she only voted in one election. I remember she was very excited about it, and I know she would have loved Barack Obama, too.