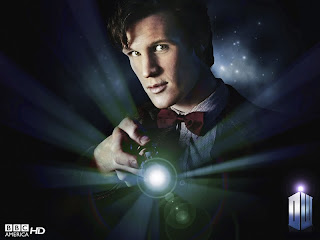 There's an episode of Seinfeld where George is acting particularly out-there, and Jerry says something along the lines of- a regular psychiatrist isn't enough for you. You need a TEAM of psychiatrists working on you around the clock. I feel a little like that now. I have my regular doctor, my physical therapist, my regular therapist, and now I have a psychiatrist and an EMDR therapist. EMDR is a therapeutic treatment for Post-Traumatic Stress Disorder. That therapist was recommended by my regular therapist, and my doctor recommended the psychiatrist, who also wrote me the prescription for physical therapy on my shoulder that was injured by my dad 21 years ago. Most of these doctors and therapist are talking to each other about me too, so I really do feel like I have a team of professionals working on my trauma recovery. I mean, I really do.

Last Friday, I saw the psychiatrist. We talked for a while, and she wanted me to start taking an antidepressant. I wasn't really thrilled with the idea- I was prescribed all sorts of things before I was diagnosed with PTSD and didn't find them to be particularly helpful. Mostly they made me feel sluggish and throw-up a lot. Plus, it just seems so unpredictable. What if it makes me act different? What if I don't feel like myself? What if I start feeling like I don't know who I am anymore? If I'm using a drug to feel okay, how am I really okay? She responded that antidepressants, besides therapy, are the first line against PTSD. Again, this seems a little strange to me because antidepressants are theoretically supposed to correct a chemical imbalance in the brain, and PTSD is not really a chemical imbalance. Plus, PTSD is, in theory, something you can recover from by processing the trauma, and an antidepressant does not process anything. But, I had already decided I would give this a try, so, I thought, I'll give it a try. She gave me a prescription for cymbalta, which is one of those drugs with a fancy name and commercials. (I guess with a dog?) It is also too new to have a generic, so I found out it was irritatingly expensive when I filled the prescription that night.

On Saturday, I talked to the EMDR therapist on the phone. She was in favor of the antidepressant. She said you couldn't do the EMDR work effectively if you weren't emotionally stable, so it would help me deal effectively with her therapy. So, question answered. I also saw my regular therapist yesterday, who had a productive discussion with the psychiatrist and was also happy about the drug. I told her I was worried that my mood would be artificial, and that would actually interfere with me processing my true emotions coming up from my childhood. She didn't think that would be the case, although she is concerned about anti-anxiety medication for a similar reason- that if people just pop a pill whenever they feel anxious, they won't learn to deal with the underlying reason for the anxiety. She is more comfortable with the antidepressant because you take it every day. We then talked about when I have struggled with serious depression. Right now, I don't think I am depressed, but I am anxious, and the drug is supposed to help with that as well. I have read that a lot of people with PTSD take antidepressants, but I don't totally understand why when PTSD is an anxiety disorder and not depression. Well, that's not entirely true. Most people with PTSD struggle with depression; it's just that the disorder is not technically depression. I don't feel like anyone is just throwing random drugs at me without a good reason, though. I guess it helped to talk to my therapist, who I have been working with for a while and I trust her.

My boyfriend had a pithy response when I declared that I was good at managing things myself, and I had something inside me that had gotten me though everything I'd been through and I felt uncomfortable handing the controls over to this team of doctors and therapists. He said, maybe that part of you that helped you survive led you to these people so they could help you. Hmmm. Well played.
Posted by Tealrat at 11:05 PM

have you tried smoking marijuana?

i have a friend who has PTSD and smoking out was something that worked best for him. of course, not everything will work for everyone, but i feel that taking a natural route is always worth the try.

i'm always here if you need to talk :)