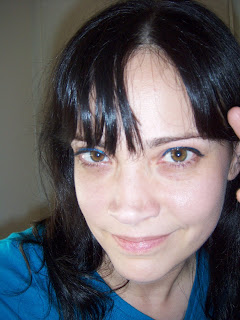 I start with disassociation because it is one the first coping mechanisms I
can remember experiencing and it is so deep in my subconscious and body that
it feels almost primal. Disassociation is a common symptom of post-traumatic
stress disorder (PTSD). In a nutshell, PTSD happens when you go through a
traumatic experience or series of experiences that overwhelm your emotional
and psychological ability to cope.

Humans and other animals have one primary way of dealing with trauma (i.e. a
threatening situation or acute stress) - fight or flight. Fight or flight
involves your whole being: your heart rate and breathing speeds up, your
pupils dilate and you get tunnel vision, you lose hearing along with
peripheral vision, digestion stops, your muscles tense up and reflexes go on
high alert, and you are flooded with strong emotions that focus your mind on
the danger and motivate you to respond. When the flight or fight response is
thwarted (as it is when you are a child, too small and dependent to fight
back or run away) you have all this energy and emotion driving you to act
(sympathetic arousal), but you have to find other ways to cope with the
situation.

In the wild, when a predator confronts an animal, they respond by running
away or fighting back. For example, a zebra sees a lion about to attack. The
zebra runs, but the lion is faster. At some point, the zebra, knowing not
only death but also being ripped apart is at hand, has one final option. She
mentally disengages, distancing herself from her thoughts, feelings, and
physical sensations. It is an act of mercy by the sympathetic nervous system
in an impossible situation. This is disassociation.

Disassociation is a natural and automatic (re: not under your conscious
control) response to trauma, a way to survive a situation without being
caught up in thoughts and feelings that are too much to process at the time.
When you are stuck long-term in a traumatic situation, in the case of abuse,
you become conditioned to disassociate whenever your fight or flight
response is triggered by stress. (This is also something like learned
helplessness.) Since it is an automatic response, you don't even know that
you're doing it. You're not even there anymore.

When I was a kid, especially during the sexual abuse, my body would freeze
and I couldn't feel him touching me. When my dad was yelling at me, I would
mentally check out. When I was raped, I remember staring at a window in the
room until I felt myself actually lift out of my body and float towards the
window, trying to escape. After these experiences, I would walk around
feeling as if I wasn't quite in my body anymore, almost like I was slightly
behind or to the side of myself. As an adult, I feel that way when I have
flashbacks, like I'm not in my body anymore. It's like when you're putting
something together that has to click into place, and it's not quite
clicking.

Different types of stress can cause it to happen now. Times when I could
have been in an accident on the freeway, I would be so startled that my
heart sped up and I was shaking. Then, I'd pull into my driveway with no
memory of how I got home. I've had conversations where the person said
something distressing to me, and everything became very far away, the sound
of their voice, of my voice, they even looked far away. I could feel the
distance. I almost always check out when I make out with someone. I didn't
know I was doing it until the other person started pointing it out to me. I
can't seem to stay present.

I too have checked out in the past. It is something that has gotten better for me with time, but not in all circumstances. I hope you do well with the blogathon. I will be here with you. RAINN is a great org!

My name is JL and I will be your monitor for the Blogathon this year. :-) I'll be here to cheer you on, answer any questions, and in general make a nuisance of myself to help keep you going for 24 hours! :-)

Sorry I took so long to say hello! I'm blogging myself and had some technical difficulties.

If you need anything at all, please don't hesitate to contact me at one of the myriad of places below.

Here's where I thank you again for the link to "Beyond Survival".

All I knew was that I was severely dysfunctional and feeling crazy but had no idea why I did the things I did.

Then I read the book and a HUGE weight was lifted off as a began to understand that I wasn't crazy or weird or a freak like people said I was.

Thanks all of you for being with me. :) It is a blessing to have you here.