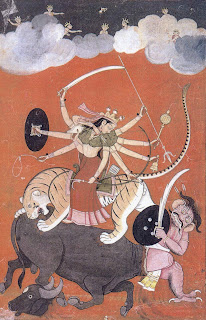 The last 24 hours have been rough. I started throwing up around 10:30 pm, and by about 1:30 am I knew I had to get myself to the hospital. I drove myself there- a difficult task as I was throwing up the whole time and extremely weak. My vision was blurry and unfocused. I made it there, and they were very sweet to me. UCLA has the best nurses. I didn't talk to the doctor much, but he was nice too. They got me on an IV quickly, with anti-nausea medicine and morphine. (Everything was cramping up.) They took blood work and said I had stomach flu. About an hour later I got a second dose of everything, and slept until about 6 am. I ended up driving myself back home. I told them I was just going to drive to a friend's close by and he'd drive me the rest of the way home (since I'd had two doses of morphine), but I really couldn't figure out how to get two people to come meet me, so one could take my car and the other drive.

I took the side streets and drove the speed limit, and it worked out fine. I continued to throw-up every hour or so, so I drank a little water and juice so I had something to come up instead of bile. I had prescriptions for anti-nausea medicine and some else (more was happening than just vomiting). It wasn't until 3:30 pm that I could talk myself into driving to the pharmacy. It was pretty awful. I was so tired, and still so nauseous, but I was afraid I would get worse again if I didn't get the medicine. Turned out they didn't have the anti-nausea medicine, and I won't get it until Monday. I got a big bottle of Gatorade and the other medicine, and threw up all over the parking lot at home. Amazingly, though, even without the anti-nausea medicine that was the last time I've thrown up. I sipped on the Gatorade and kept it all down, and now I can drink juice and water without it coming up. The feeling in my throat that told me it was coming up has totally gone away. I have no desire to eat, though, and I am exhausted. I've just been sleeping and sleeping. My head hurts a little, and my eyes are still pretty unfocused but better. I don't know if this had anything to do with the catered food last night, or stress, or just a coincidence, but there does seem to be some symbolic value to my body violently expelling everything out.

Email ThisBlogThis!Share to TwitterShare to FacebookShare to Pinterest
Labels: art, food and health

I'm so sorry you had to go through this on top of having just had the sinus infection!

I'm starting to get seriously pissed off at the Universe because you are having to deal with way too much crap all at once!

Lol! Thanks. I think I am having to deal with so much crap at once because my immune system is shot from dealing with all this emotional stress. I'm just glad I have a job with paid leave. This is not a good week for me. :(