Not an Inconvenient Christmas 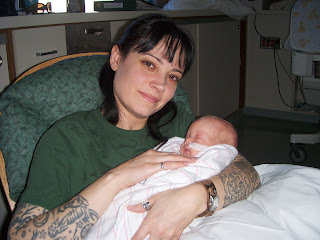 Christmas was FUN. We were three of the chattiest friends ever. Actually, most of it was probably me and my Aquarian soulmate. Canada is a Leo, so she told us what to do and we kept her cracking up the whole time. We actually went from having really deep conversations about things like how we feel about our bodies, dating, and children, to making each laugh so hard we cried. Literally. We teased Canada about being too nice, and encouraged her to get used to inconveniencing other people by demanding that I go out to get her and PJ ice cream on Christmas night, even though I can't eat ice cream. I ultimately avoided that one by serving them my dairy and gluten-free pumpkin pie with fake whipped cream. The pie was a hit, the fake whipped cream was not terrible. It was a little weird. The gluten-free sugar cookies were definitely a hit, and definitely sweet. We frosted them and then added sprinkles in the colors of our favorite hockey teams. The actually meal was amazing. Canada made turkey, which was way good. I managed to choke on it, which is pretty common with me and food I like because I put too much in my mouth at once and then try to breathe. We also had dairy and gluten-free mashed potatoes, stuffing, gravy, corn, broccoli, and waldorf salad. They were all amazing. I turned the heat down too low on the pot with the boiling potatoes so the flame went out, so when we went in there to mash the potatoes the gas somehow inspired us to sing "You Ain't Nothin' But a Hound Dog". PJ almost called an ambulance. After dinner, we watched "The Hangover" while Canada and PJ worked on a puzzle. The tragedy of the night was when Canada's dog Starbuck stole a puzzle piece and chewed it up.

Before all that, we went to the hospital to visit Canada's baby twins. PJ held the girl, Madison, and I got to hold the boy, Alexander. Having that adorable little baby in my arms was the most incredible feeling. He slept most of the time, and he was so warm and relaxed that I felt the most relaxed I've ever felt. I felt content deep in my heart. After we left, I still felt that relaxed energy for the rest of the day. PJ said something about hockey while holding Madison and she made excited baby noises, so we know she'll be playing in no time. (Of course Canada plays, and I know both of them from one of my teams.) Alexander has a great name for hockey, so there's no question about him either. I sleep satisfied tonight knowing Canada is raising the next generation of hockey players and PJ and I will be their aunties. Also, next year we'll spend Christmas chasing them around Canada's house and encouraging them to be Kings fans.
Posted by Tealrat at 11:57 PM