"Then you should say what you mean," 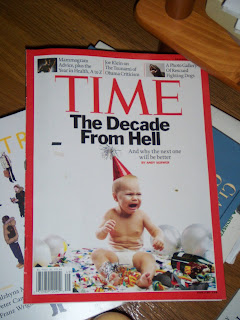 I was just watching "Alice" on Syfy (what a stoooopid name change), a reworking of Alice in Wonderland where Alice is a grown-up black belt who is afraid of flying, the March Hare is an assassin, and it turns out to be a love story between Alice and the Mad Hatter. Ooookay. I don't know that I have anything more to say about that.

Tomorrow is my freedom day. This term was introduced to me by a friend of mine for the anniversary of the day you escape an abusive relationship. So tomorrow is my second anniversary, and also the second anniversary of when I moved into my apartment. This makes today rape day since it was two years ago that, on the eve of me moving out, that boyfriend forced himself on me. I don't know if it was to prove a point, or because it was his last chance to do that to me, or whatever other reasons a rapist might have for being a rapist. I don't know that I have anything more to say about that. As is the way things work for me, it will probably be about a week before I know how I feel about today.

What I'm not talking about is the insane conversation I had with my therapist today. I'm still processing. It was kind of a life-altering, mind-blowing hour of my existence. Just to put a symbolic point on it, I came home and immediately went about figuring how to remove the light cover in my kitchen so I could change the light bulbs. One was burned out, and the other was actually not working because it was broken in the socket, and took some effort to pry out. So now my kitchen is brighter than it's ever been, which really highlights what a mess it is. Now at least I can see to clean it up. Subtext- I pried something open today in my memories, but it's kind of a lot to try to write about right now.
Posted by Tealrat at 9:23 PM

Em hotep; it's Fern from the House of Netjer forum.

I like the idea of a Freedom day. I have a day like that in my own life, and have always noted the occasion, though I didn't really have a name for it.

I tried to watch "Alice" too but it was awful - what the hell we're they thinking?

I've been thinking a lot about freedom lately and hadn't heard of the Freedom Day concept before but that's a great idea. Will help with perspective about how far I've come when I feel like I've made no progress.

Yeah, I think having a freedom day is totally inspiring. :)